Merak gezgini, bu hafta yüzeyinde çok çekici bir şeyin fotoğrafını çekti.[{” attribute=””>Mars. While the object in question looks like a tiny little flower or maybe even some type of organic feature, the rover team confirmed this object is a mineral formation, with delicate structures that formed by minerals precipitating from water.

Curiosity has actually seen these types of features before, which are called diagenetic crystal clusters. Diagenetic means the recombination or rearrangement of minerals, and these features consist of three-dimensional crystal clusters, likely made of a combination of minerals. Curiosity deputy project scientist Abigail Fraeman said on Twitter that these features that were seen previously were made of salts called sulfates.

From studies of previous features like this found on Mars (you can read a paper on them here), originally the feature was embedded within a rock, which eroded away over time. These mineral clusters, however, appear to be resistant to erosion.

Another name for these features is concretion, which you may remember from the Opportunity rover, who saw features that were nicknamed ‘blueberries,’ since they were small and round. You can see round concretions next to the flower-like feature in this image. 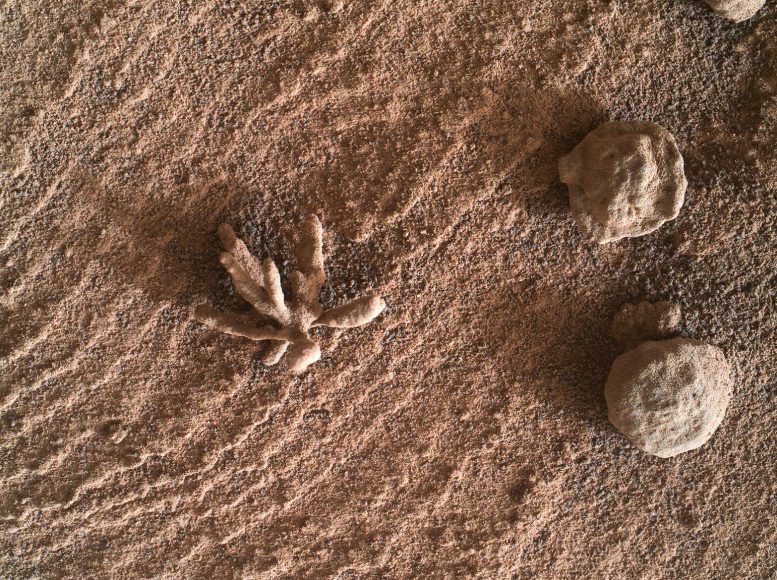 Curiosity rover obtained this ‘Hand Lens’ extreme close-up of one of the very small and rather unusual concretion features. This one has been called ‘Blackthorn Salt’. Credit: NASA/JPL-Caltech/MSSS/Kevin M. Gill

The rover science team saw this feature earlier this week and named it ‘Blackthorn Salt’. They used the rover’s Mars Hand Lens Imager, called MAHLI, to take these close-up images. This camera is the rover’s version of the magnifying hand lens that geologists usually carry with them into the field. MAHLI’s close-up images reveal the minerals and textures in rock surfaces.

Here you can see a 3-D model of the object, thanks to Simeon Schmauss:

Curiosity found another flower-like feature back in 2013, and the Spirit rover found similar-looking rocks that were nicknamed ‘cauliflower’ features because of their knobby protuberances. 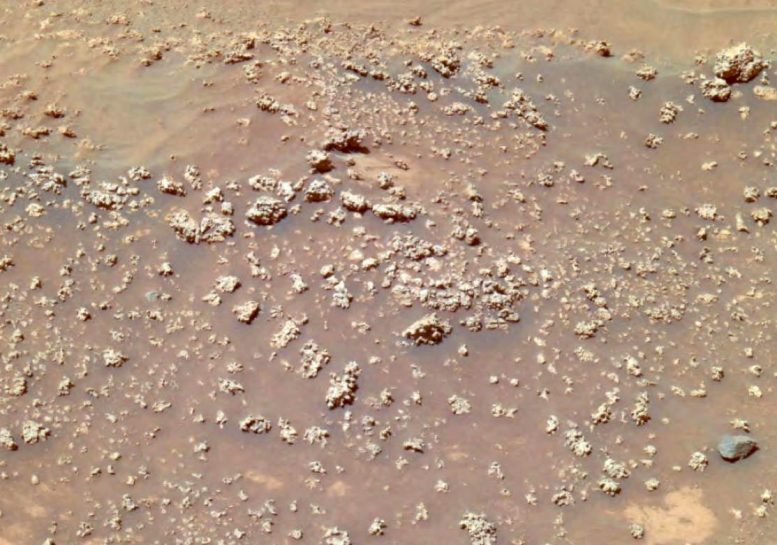 Our thanks to Kevin Gill who processed the images, taken on Sol 3397. See more great Curiosity images processed by Kevin at his Flickr page.